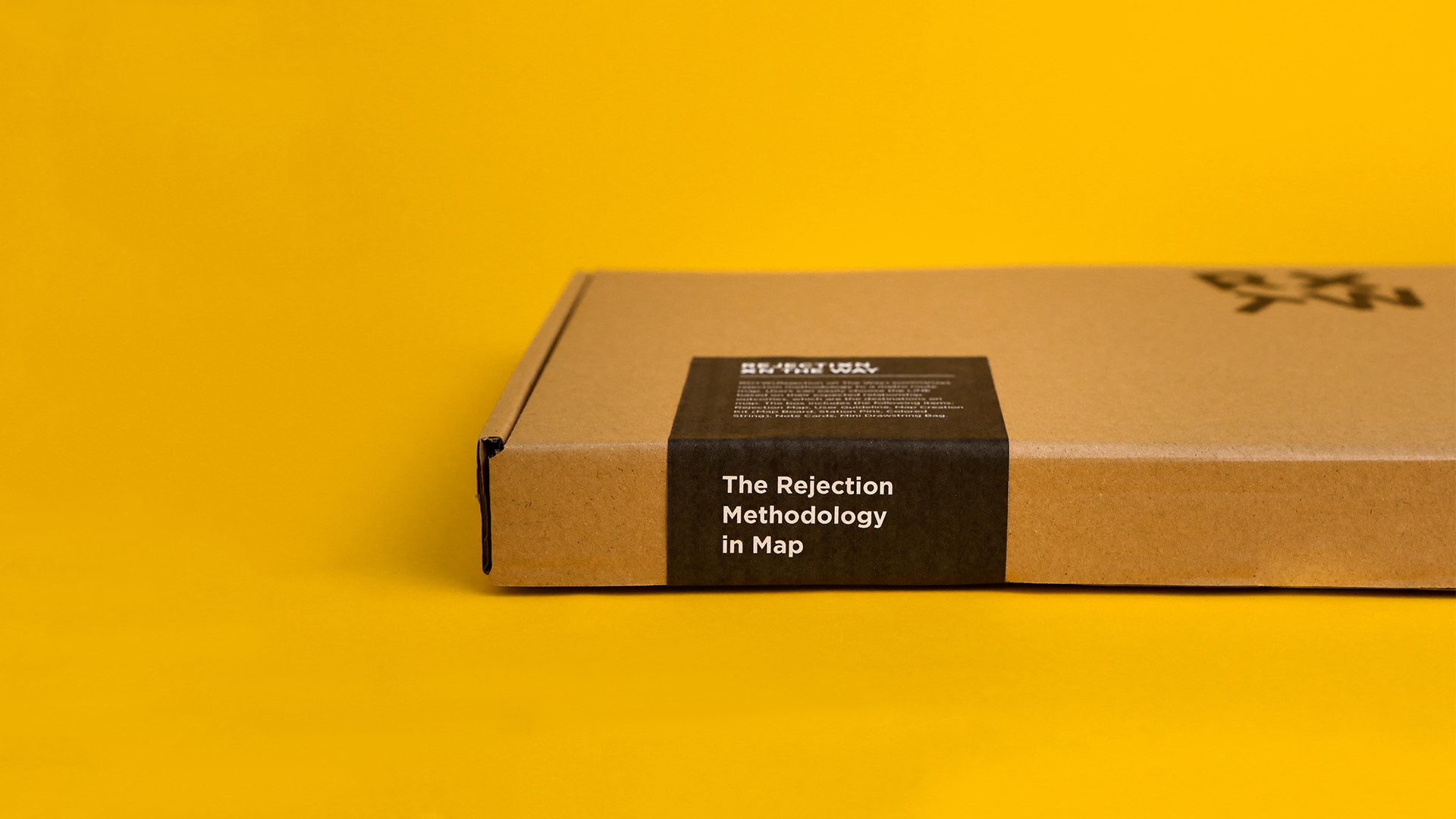 Making rejection often concerns me. To find the most effective and friendly way to reject, I decided toSEEK FOR REJECTION to fully experience the rejector’s emotion and approach on the rejection. During areal-life experiment, I made requests to 8 strangers to study their ways of rejection.

Based on the experiment, it appears that each rejection approach leads to a different relation outcome between requester and rejector, and relation outcome is the first consideration for rejectors’ approach. Thus, I created a result-oriented landscape to found the base for such approach.

I plotted the experiment results on 7 destinations based on the 2 key factors, which correspond to the XY axis. Besides, different color (from dark to bright) was used in each destination, considering the influential level of the rejection, to help with users’ identification of the destinations. 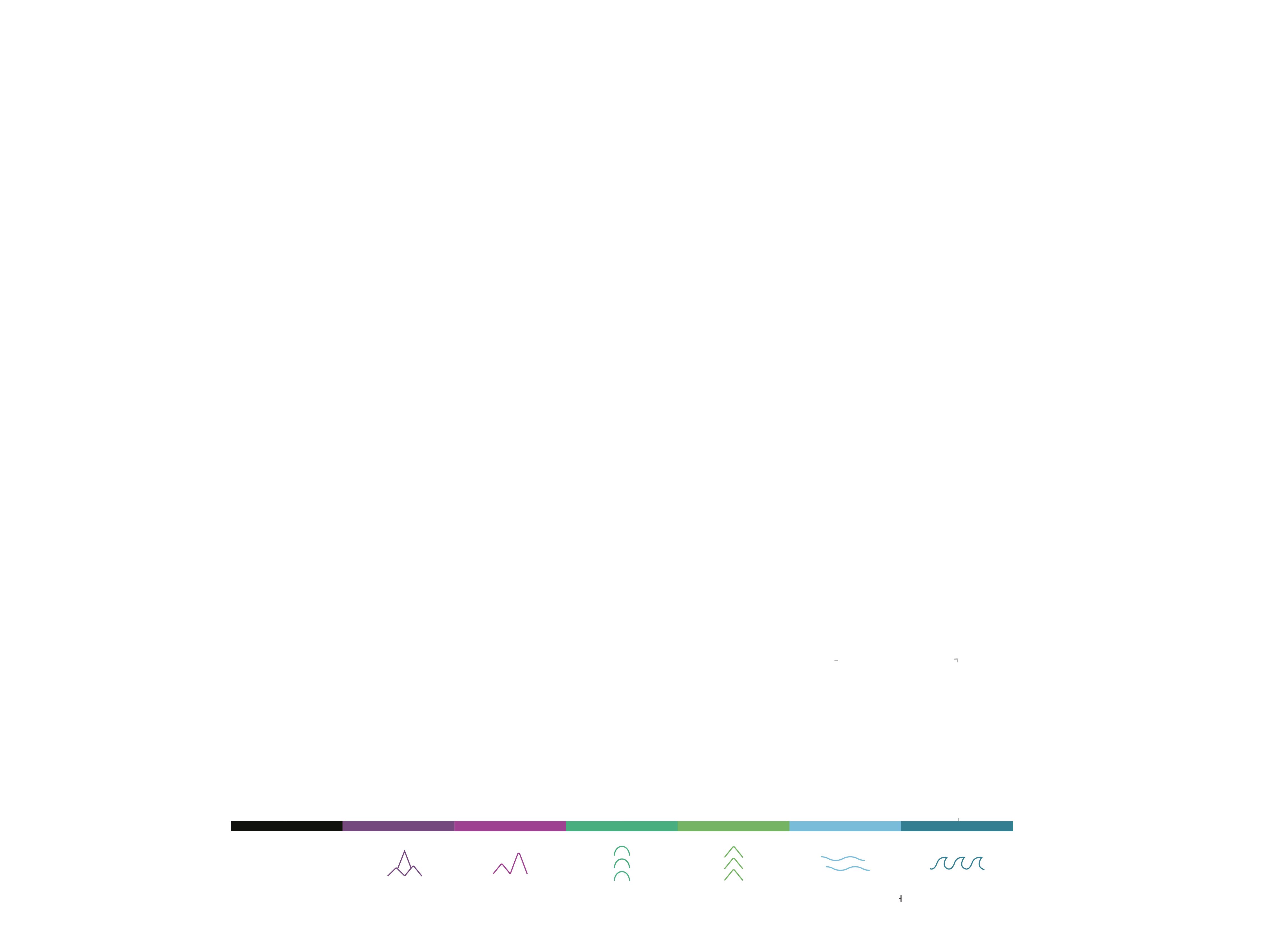 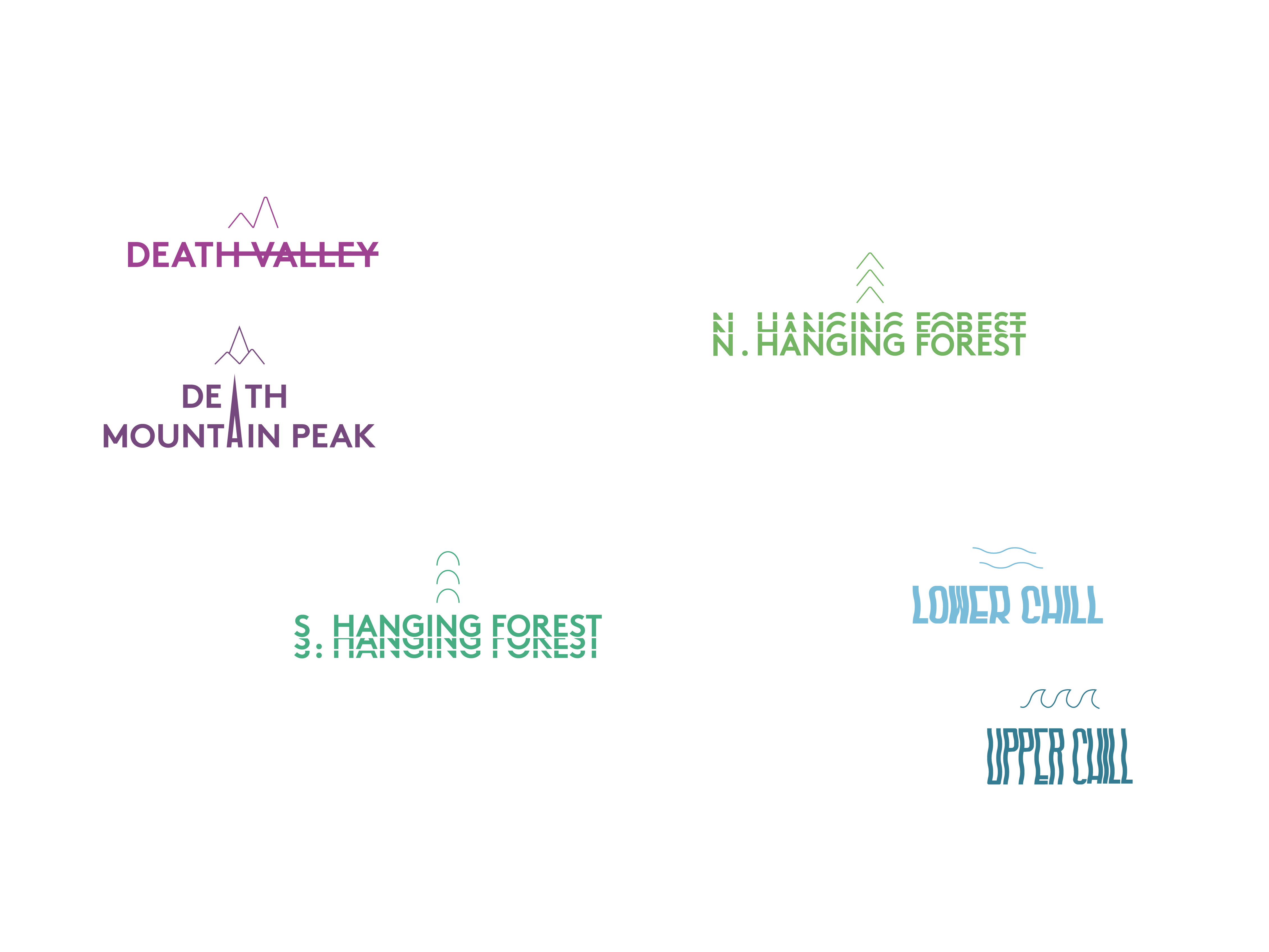 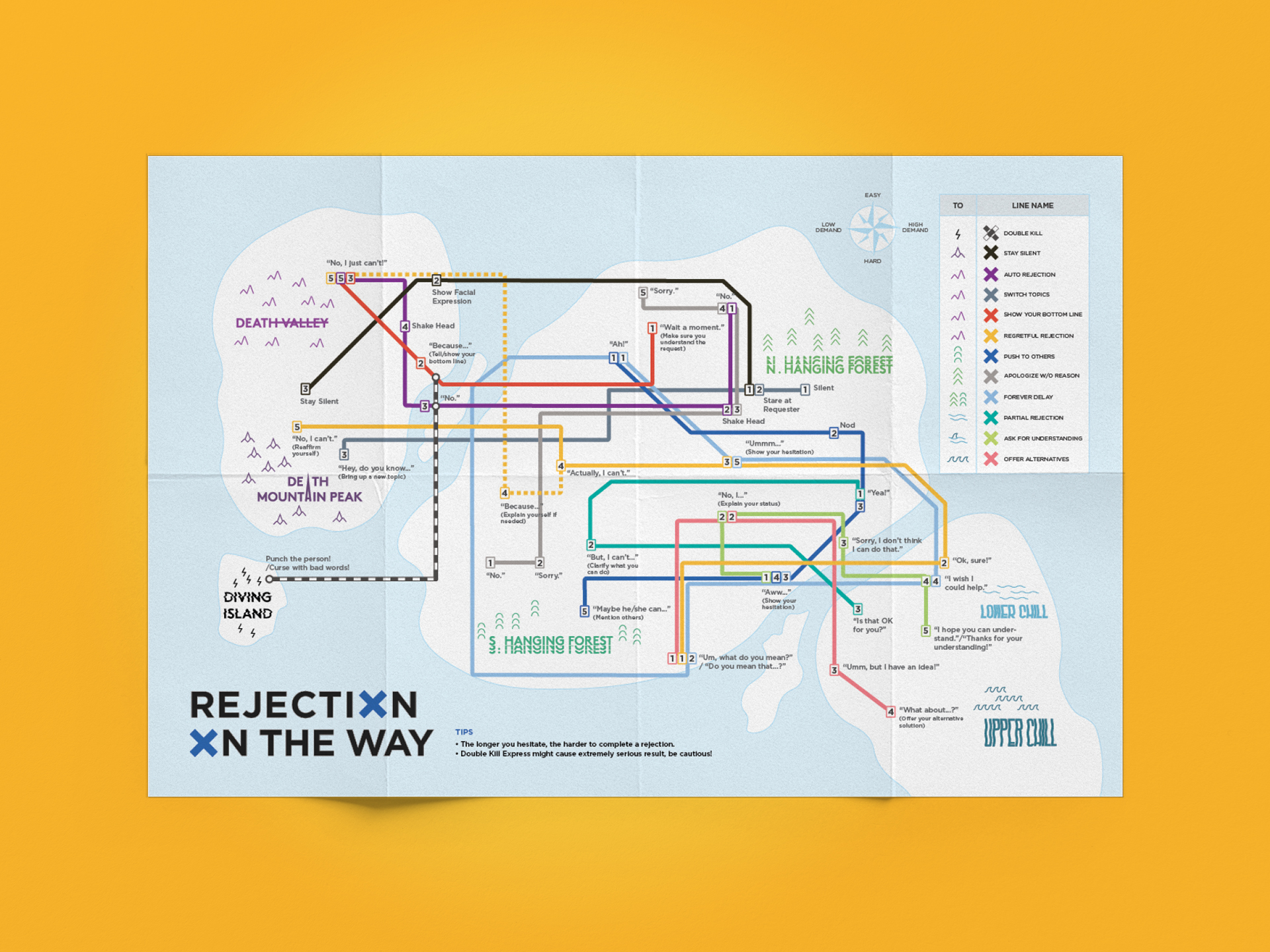 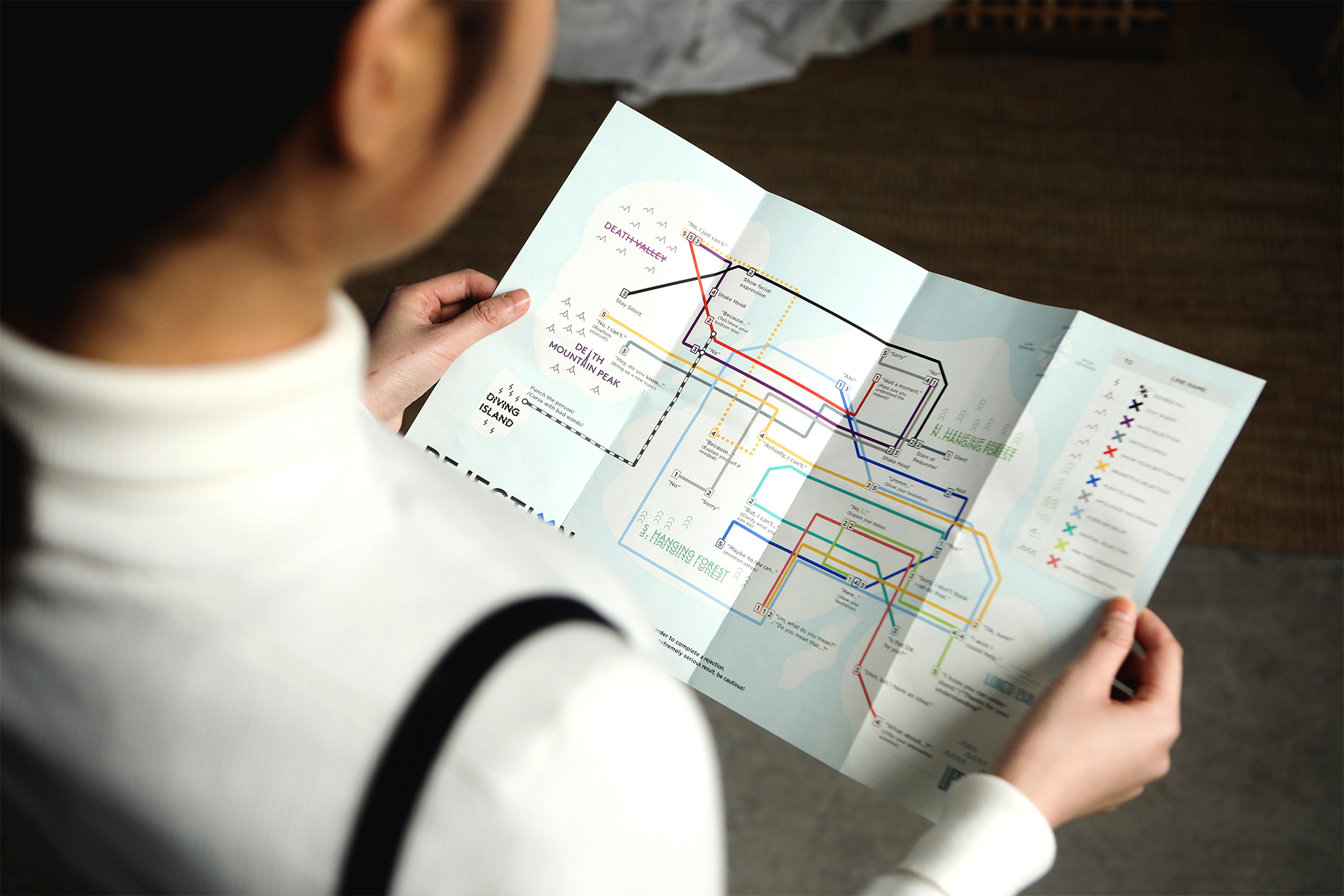 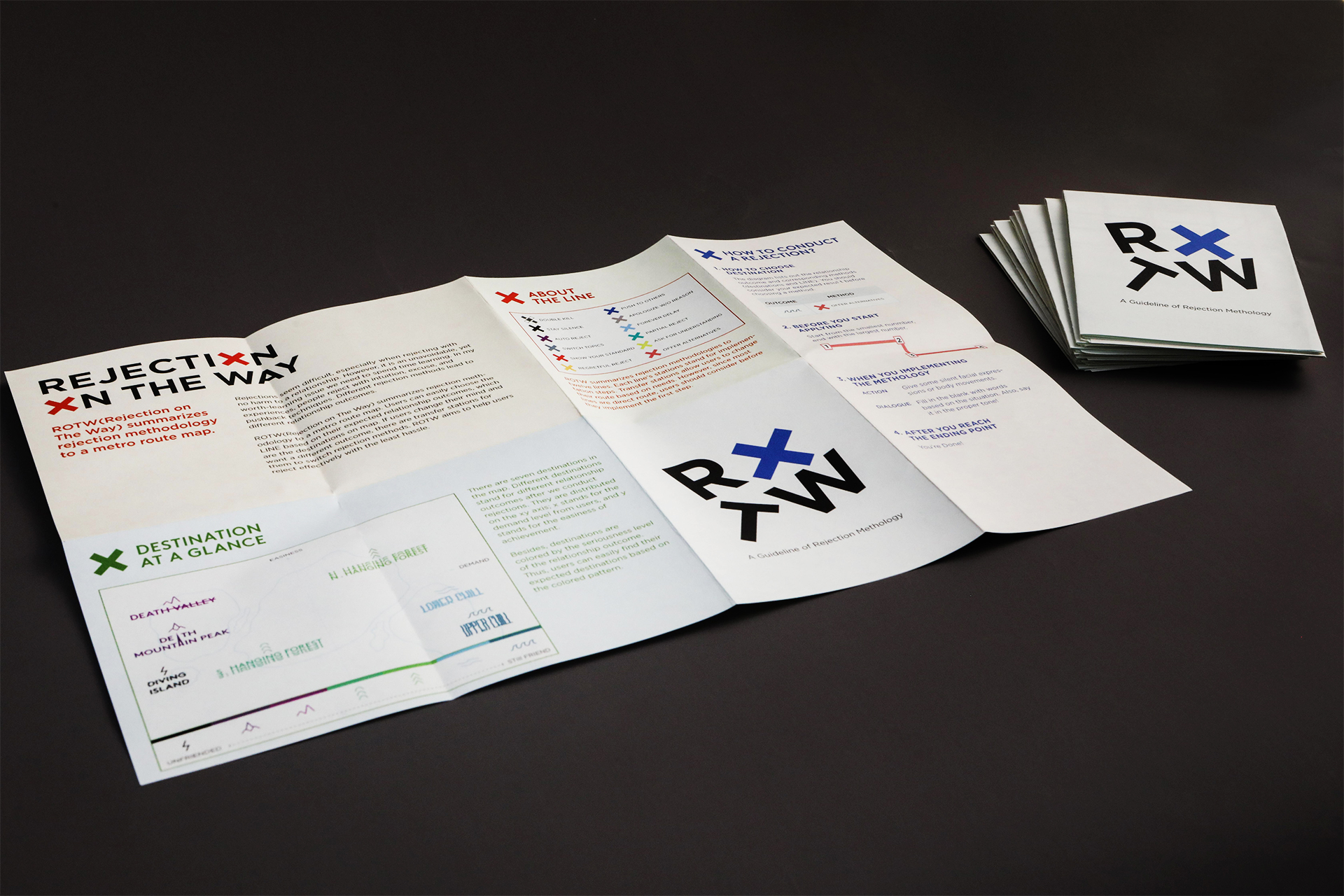 The back side of the map is divided into four sections to show a comprehensive user guideline. For portability, it is designed as a a 16-page folding map. 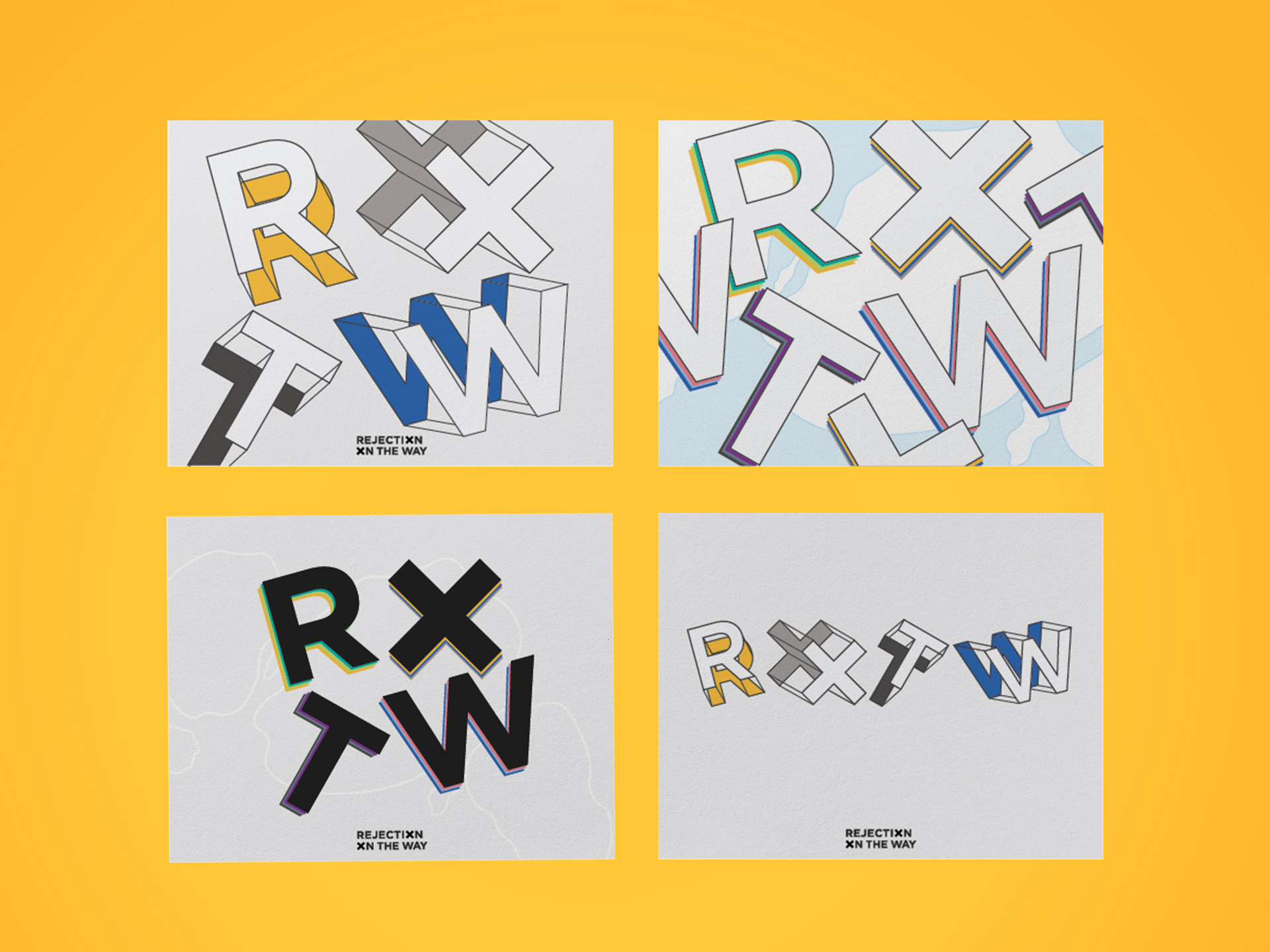 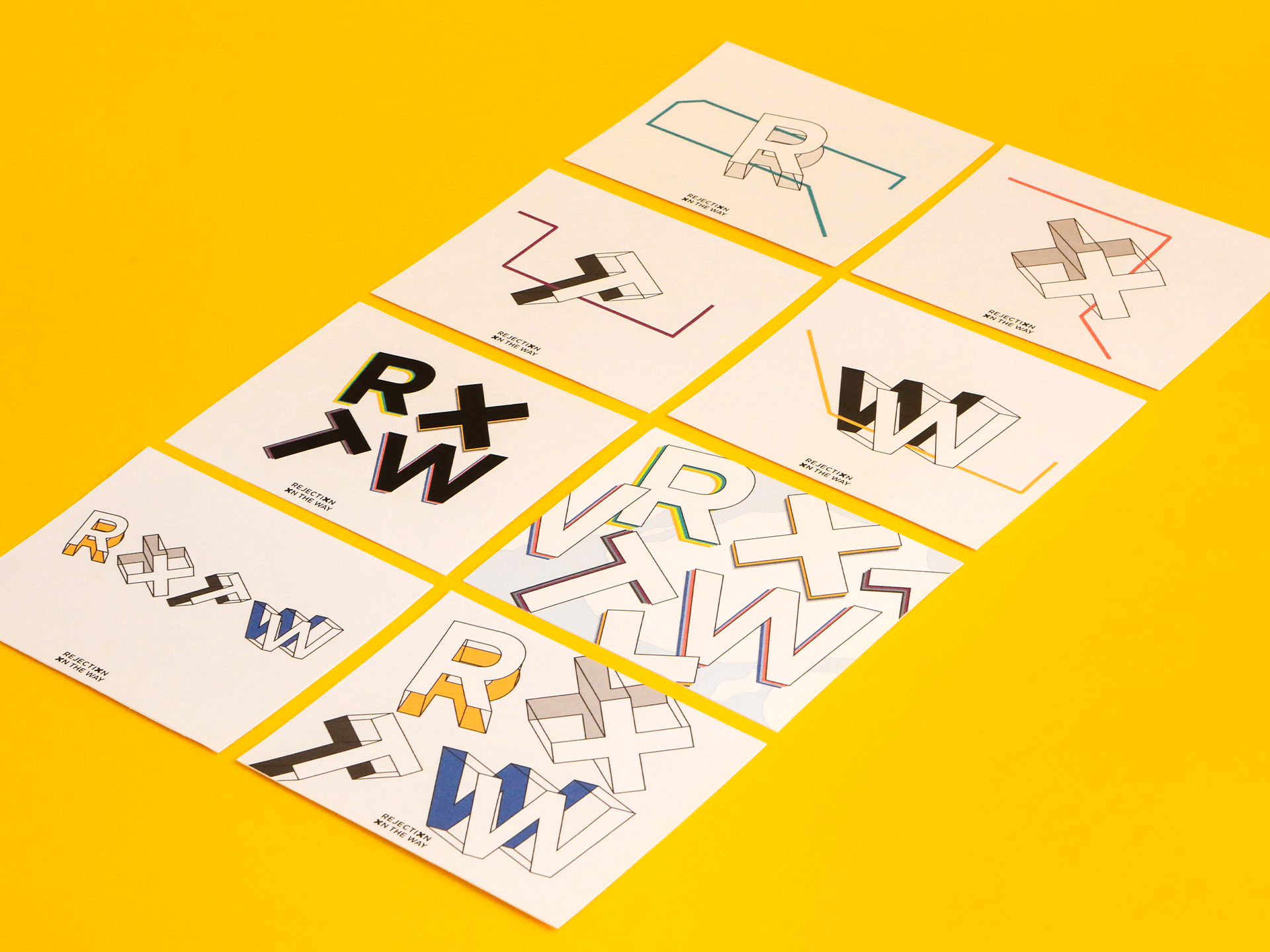 The box set collects a series of RXTW designed items, including postcards, poster, drawstring bags, and a creative kit of customizable map with strings and pins, allowing users to create their own rejection methodology. 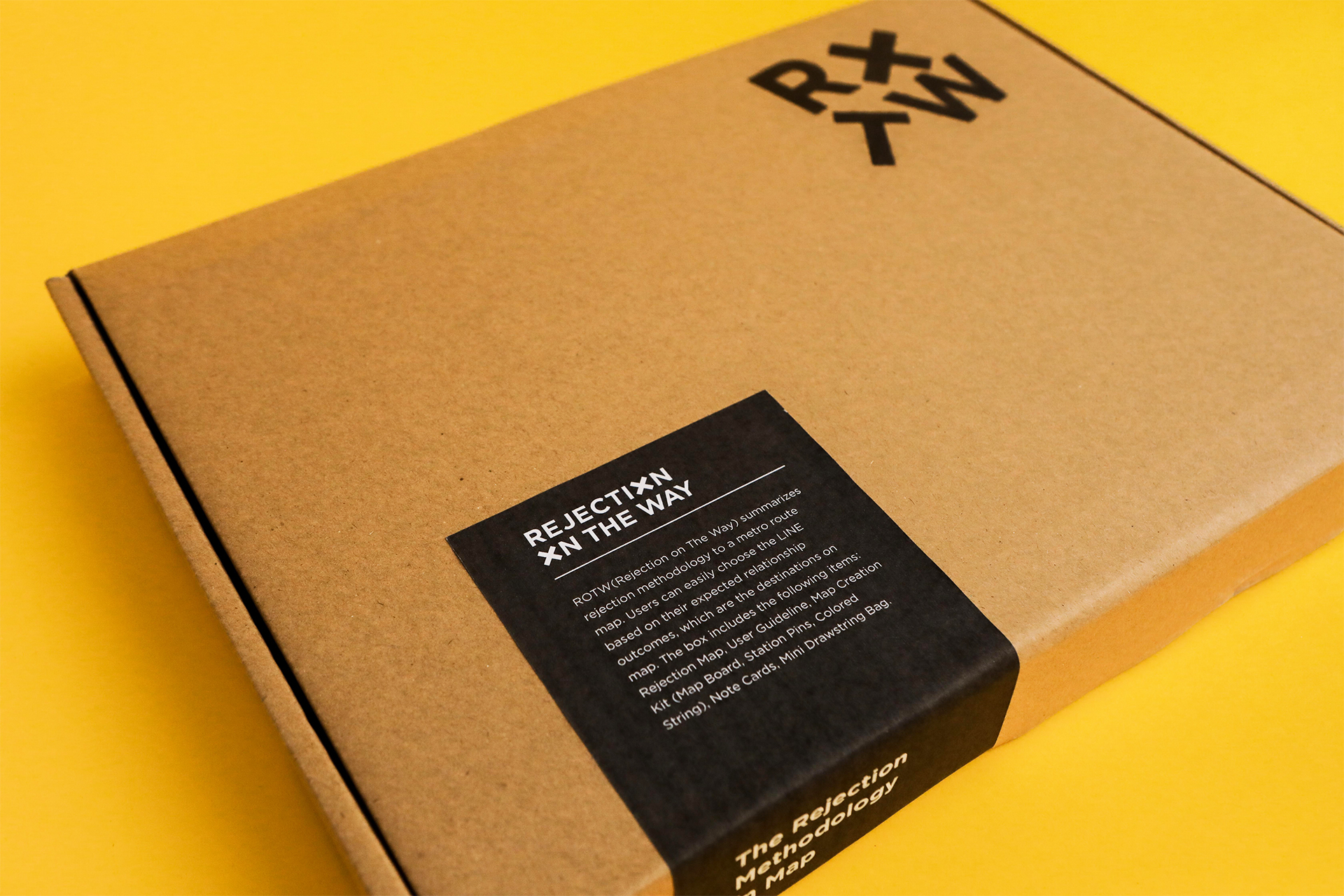 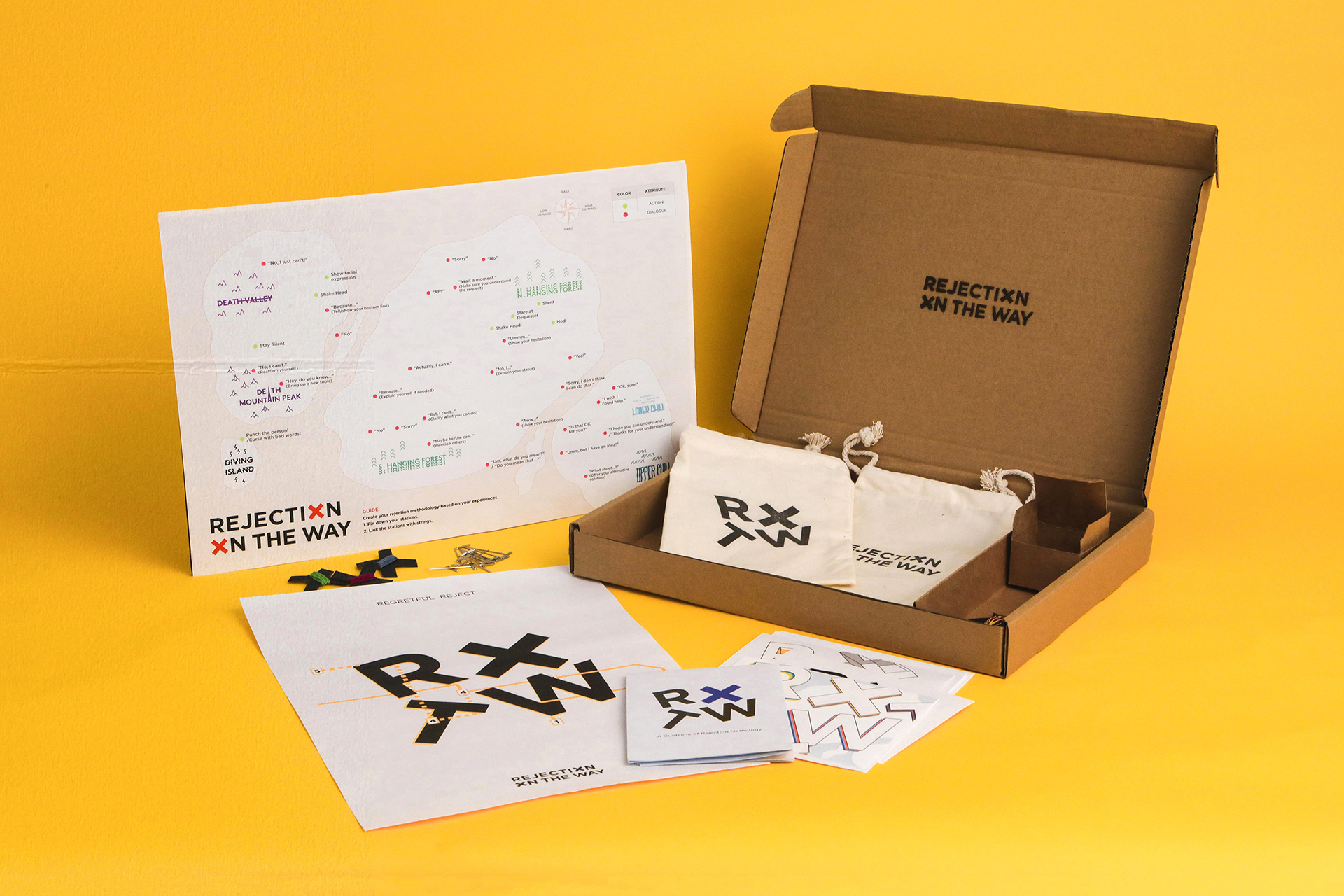 The customizable map includes all stations, and users can customize their own routes using the pins and colored strings provided. 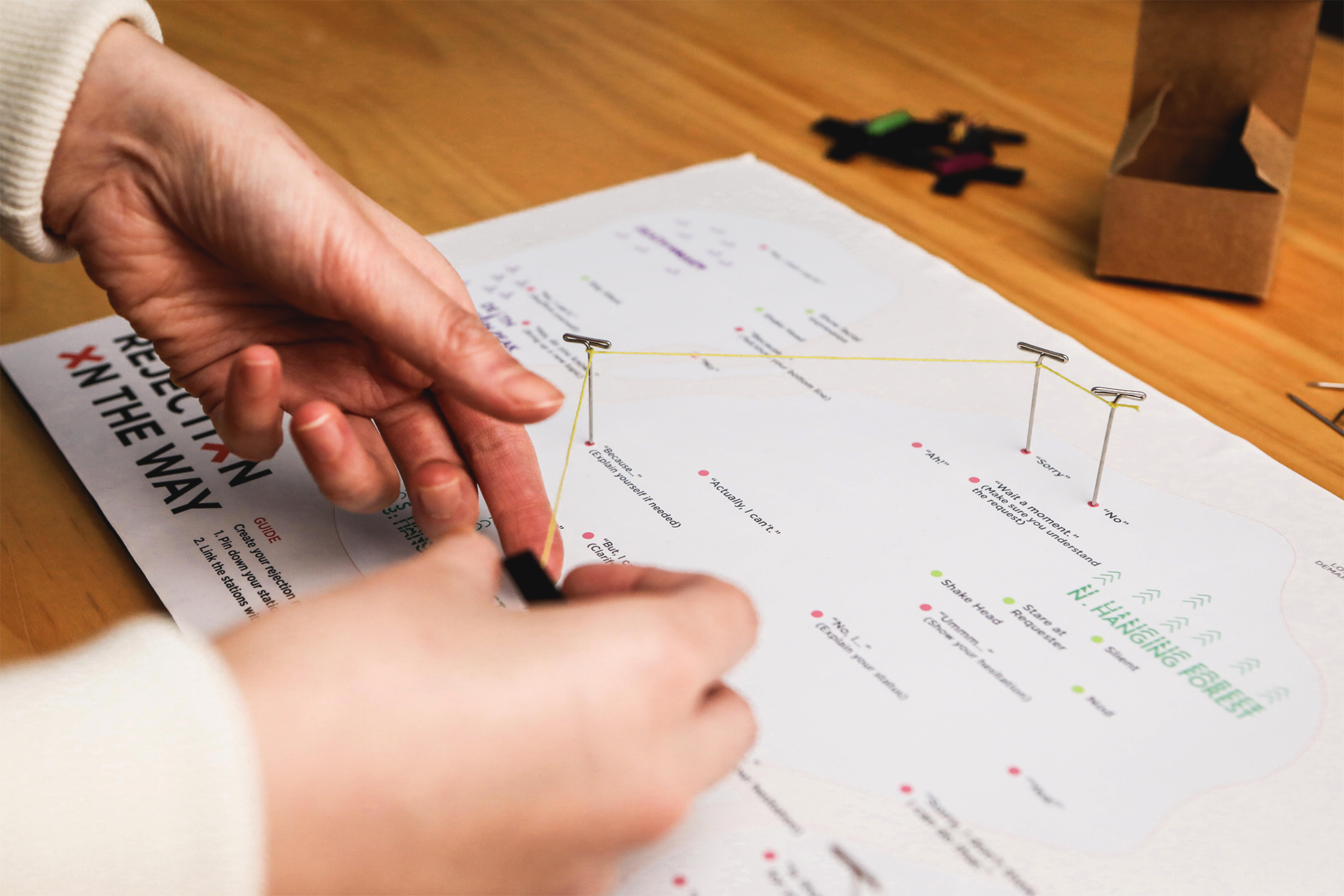 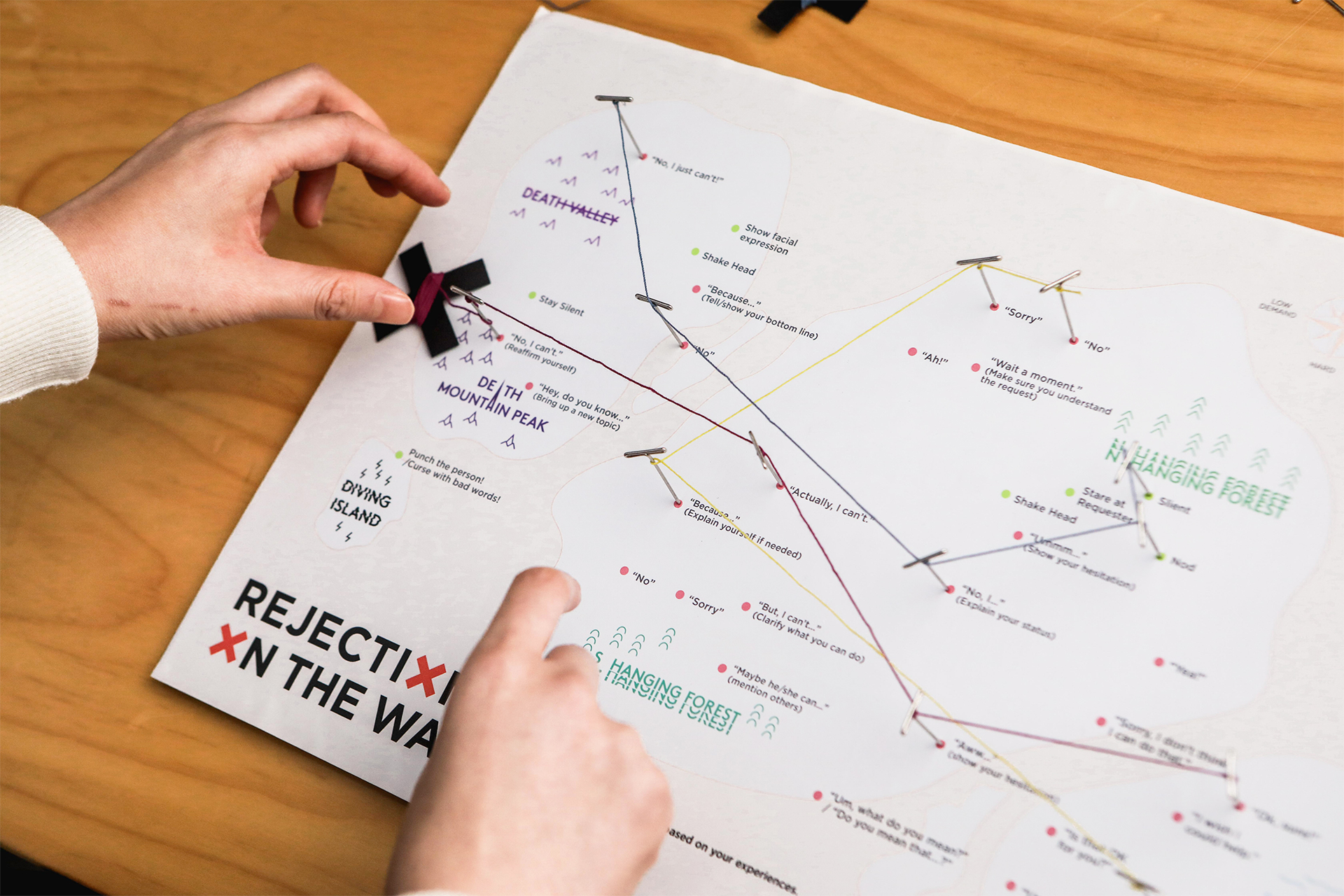